Miniature art is a segment of my art work created in traditional art techniques.

My first miniatures were created on paper, more precisely, on miniature scented little letters. Those little letters could be bought at the children department of the bookstores in Serbia back in nineties. They were not only scented, but also there had been a print on those small peaces of paper and the motifs were so adorable. So, I thought that they were enormously cute and inspired me to create my drawings on the top of the printed surfaces.

Those miniatures were exhibited in 1997 at the “Gallery 73” in Belgrade, Serbia and also at the “Yugoslav Cultural Center Gallery” in Paris, France. 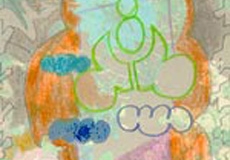 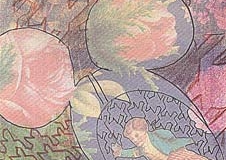 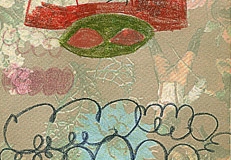 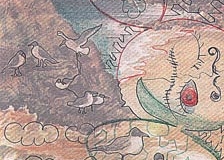 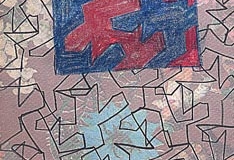 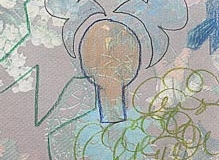 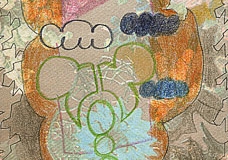 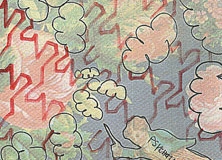 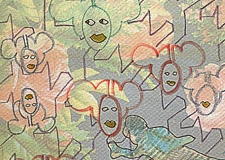 Spacious room had not yet been occupied by morning when father entered bringing daily papers in. -Walt Disney died-, he said Still sleepy I asked. -Does it mean that there is going to be no Mickey or Donald in Friday’s edition of “Zabavnik magazine”? -No, they are going to stay… he calmed me down. And of course, they stayed. Antropomorphic rodent and his company continued to live not only as comic characters but quite often as an element of various artistic works- in printed art as well as in other streams of art. In this work they were often transferred to a sign, used as an ironic icon in brutal critics of complete American civilization (p.e.”underground” cartoon “Fritz Tomcat”), they inhabited paintings of pop- artists, even flags in work of graffiti- artist Ronie Cutrone, if we may call him so.

Aleksandra Smiljkovic used Mickey Mouse to put more precise boundaries in the world of her imagination and bring certain order in it which has changed in more recent work again into some creative disorder. In grotesque pictures made during her studies the contour of Mickey Mouse with his characteristic rounded ears moved in. Mickey Mouse has been represented in Aleksandra Smiljkovic’s drawings as distinctive icon of a popular culture, but as a contour as well, as repeated rythmic element often combined with black-and-white patched base. Therefore those pictures positioned on the crossroads of pop-art and pattern-painting experience had impostation of a collage and this method was further underlined by certain flattness of coloured spaces. Out of these serious-unserious paintings derived a cyclus of miniatures done on scented papers from booklets of pastel printed sample of pads that were collected by girls during the time of the wors misery and despair; they exchanged them instead of long-forgotten serviettes and at this moment inaccessible photos from chocolates, chewing-gums or simply bags bought at stalls. On these scatches which impress observer by their quantity and miniature and unpretentiously made works even more visibly some other suppositious of the Aleksandra Smiljkovic’s work comes out: printed sample is frequent start, basic pictural means like pencil, flowmaster, or colour-pencil, by a gesture or painted surface some elements of given pastel sample is either underlined or wiped out; most frequently of flowers or landscape.

Obssession by Mickey becomes more understandable- among other things and maybe before everything he’s used as a ladder to retreat to magnificent time of childhood, the period when no burdens of a grown-up world existed the world covered with nets of worries, politcs and exhausting every-day work. On the horizont of wished innocence sometimes appears and flashes ironic notions, some short text or an element taken from present pop-culture-something that also existed in earlier oil paintings of Aleksandra Smiljkovic.

In such a frame in these unpretentious and private notes certain unburdened wittiness appears in the first plan. Also the fact that thank to Mickey and scented pads Aleksandra Smiljkovic at least for a moment realised each women dream- she transferred to a girl, unprotected being for who the arrival of a Prince is quite plausible, certain event.

I have also created some miniature art or miniatures on small wooden frames. The theme was landscape, and miniatures are art objects. The abstract landscape is painted on all the visible surfaces or sides of the frame or object.

The artworks were exhibited in 2000, at The International Biennial of Miniature Art in Gornji Milanovac, Serbia, and at the Miniatures’ Ehxibition at the “Singidunum” Gallery in Belgrade, Serbia.

This artistic research was further developed in some miniature objects that consist of decorative frames which are multiple times larger then the artwork I created, in this case a miniature watercolor, a landscape or a seascape. As an artist I was interested to play with the connotation of the size of an object, and also with the concept of the decorative frame as an element of painting, drawing, watercolor painting, prints etc.

The artworks were exhibited several times Miniatures’ Ehxibitions at the “Singidunum” Gallery in Belgrade, Serbia.

There are some artworks created in new media art techniques, but they are not necessarily classified exclusively as miniature art.